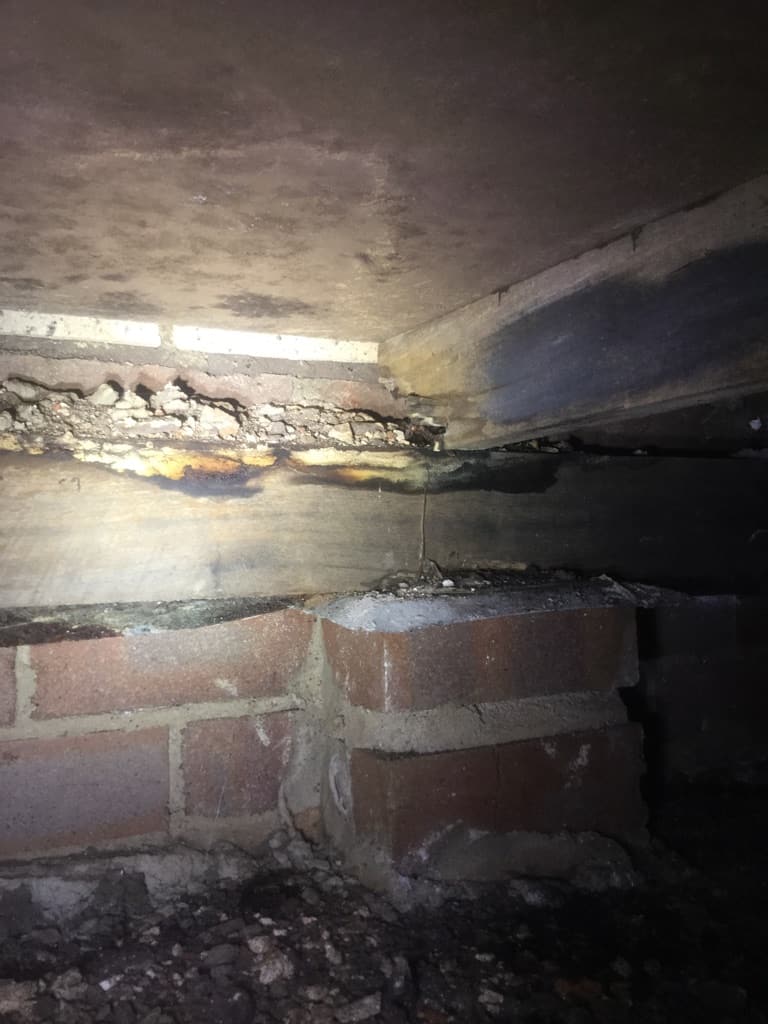 12 May Decay around & in your building & home

Decay around & in your building & home

This brown rot fungus has an optimum temperature for growth at 20 degrees C (most wood decay fungi 25- 30 degrees C).  Consequently, this fungus causes widespread damage in poorly ventilated sub floor areas in buildings in Sydney, Wollongong, Shoalhaven, Southern Highlands & Eurobodalla where sub floor areas may be protected from the extremes of external temperatures.  Probably as a result of high external temperatures, a species of Coniophora (also causing brown rot) is believed to be the commonest house timber decay fungus in Australia.

Wood Decay Fungi is often not considered a serious pest of timber, but it can become such a severe problem that structural integrity is affected.

Of these requirements, the most critical (which can be controlled) is water (moisture levels in the timber). Most fungi that affect wood produce microscopic spores that are very light weight and can be carried long distances by the wind and air currents.  These spores fall onto wood surfaces and if the moisture conditions are suitable (approx 25-30%) they will germinate.

If moisture content is kept below 20%, fungal decay will not develop, different timbers species are less susceptible to wood decay fungi.

A bit more about specific types of wood decay fungi

Brown Rot Fungi. Also known as brown cubic rot,  these fungi only attack the cellulose, leaving the lignin, which turns brown when exposed. Wood that is attacked by brown rot fungi cracks across the grain, often producing large cubes of wood and often darker in colour than it was before attack.

White Rot Fungi. Also known as white stringy rot fungi, attack both the cellulose and the lignin.  The exposed surface becomes white and fibrous, which enables these fungi to be distinguished from the brown rots.  After attack the colour of the wood is usually whiter than it was before attack.

Soft Rot Fungi. These organisms attack the cell walls of wood.  Affected timber cracks across the grain, but the cubes are mostly smaller thatn those of other brown rots.

Mould Fungi. The spores of mould fungi are the cause of many allergies in humans.  These spores germinate on moist wood surfaces, but their activity is superficial and they do not decay wood.  However their presence does betray a moisture level problem that, if allowed to continue, could provide an environment for other fungal decay to develop.

What Can Be Done here are some management options

Sub floor Ventilation.  Ventilation can provide good reduction in atmospheric moisture levels in sub floor areas.  Often the small vents installed in these areas can be inadequate to properly allow for good cross-flow ventilation and care needs to be taken to ensure there are no ‘dead spots’ where air circulation is poor.

There are a number of third-party ventilation systems that can be installed to properly ventilate these areas. Sub floors have adequate drainage.

Water Drainage.  Water run-off from higher ground levels, swimming pool run-off, plumbing and drainage problems need to be identified and rectified where possible.  If draining cannot be avoided, timber needs to be protected in some way.

No wood should ever be in contact with the ground. Wood posts, piers, supports, etc. should always rest on concrete footers raised above the level of the surrounding soil.

Plumbing leaks should be repaired as soon as they are noticed. Rain gutters need to be clear of debris and roof leaks fixed. Exterior wood should be coated with a water repellent stain.