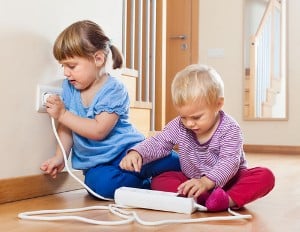 Electrical safety electricity is amazing stuff it can power everything from your iphones, ipad’s, gaming consoles, buildings, city’s, even cars. However, electricity can be dangerous and as we get more comfortable using it, we can also become more complacent.

Electrical safety tip’s for around your home

Remember if you’re not sure, ask an adult!

Electrical safety for kids is really important kids don’t always understand its dangers, so it’s important to teach them how to take charge of their electrical safety. Adults check appliances regularly and stop using an appliance immediately if it becomes faulty. Ensure it’s checked by a licensed electrical contractor before using it again.

Install a circuit breaker if your home doesn’t already have a circuit breaker call a electrician and have one put in place. This type of detector monitors the electricity flow within your home. If it detects an interruption, it instantly cuts off the power supply.

First aid for electric shock switch off power before touching the child. Use a non-conductive material to remove the child from the electrical supply e.g. wooden broom handle. If the child is unconscious commence resuscitation and seek medical assistance. Across Australia estimates show that 15 people are killed and about 300 seriously injured each year in avoidable electrical accidents in homes 13 per cent of these occur in children aged 0–14 years.  .