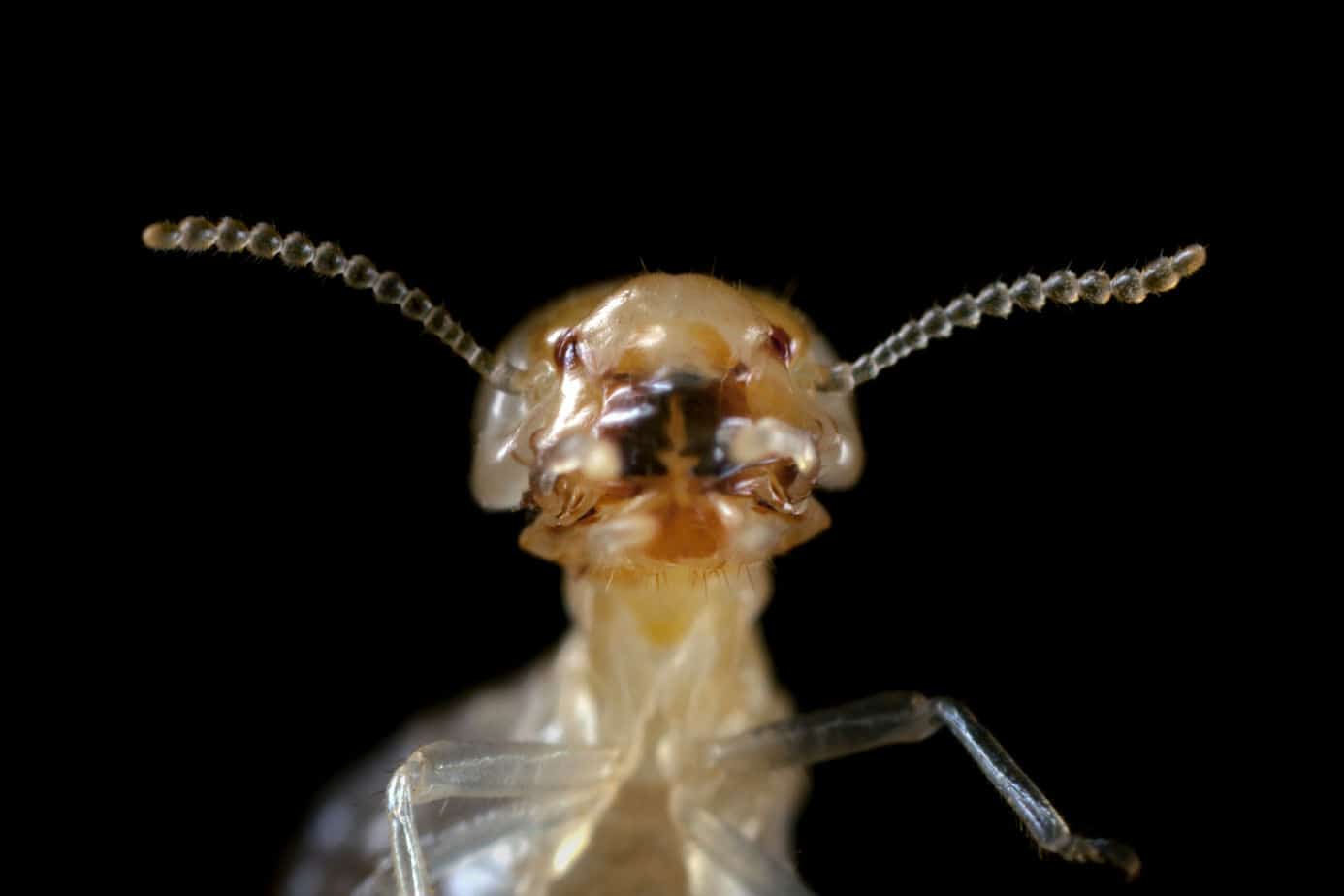 05 Apr Termites what are they?

Posted at 17:21h in Articles by after_admin 0 Comments
0 Likes
Share

Termites are an suborder of social insects, the Isoptera. They are sometimes called “white ants”, incorrectly, because ants belong to the Order Hymenoptera.

They are eusocial animals, as are ants and some bees and wasps. Termite mostly feed on detritus, mostly wood, leaf litter, soil, or animal dung. There are an estimated 4,000 species (about 2,600 taxonomically known). About 10% are pests which can cause serious structural damage to buildings, crops or plantation forests.

Termites are major detrivores in the subtropical and tropical regions. Their recycling of wood and other plant matter is very important for ecology.

A termite colony starts when winged termites (called alates) swarm and mate. After mating, they fall to the ground and rip off their wings. The female looks for a good place to start the colony, and the male follows her. Most termites nest underground their entire lives, but termites in Africa and Australia actually build really big mound structures that look like little mountains and can be more than 20 feet tall (see photo below).

Termites live in colonies that, at maturity, hold from several hundred to several million individuals. They are a prime example self-organised systems which use swarm intelligence. They use this cooperation to exploit food sources and environments which would not be available to any single insect acting alone. A typical colony contains nymphs (semi-mature young), workers, soldiers, and reproductive individuals of both genders, sometimes containing several egg-laying queens.

Be wary of any pre-purchase property & pest inspection report offered by the agent or the seller the independence of a report is only guaranteed if it is obtained specifically by the buyer.